Does The Court Take Into Consideration a Child’s Preferences in a Custody Dispute?

If you’re involved in a custody dispute in Pennsylvania, you might wonder how much your child’s preferences matter. Is your child allowed to tell the judge which parent he or she wants to live with? The answer is it depends.

Child Custody in Pennsylvania is determined based on a variety of factors. Pursuant to Pennsylvania Statute 23 Pa.C.S.§5328, there are sixteen (16) factors that courts are supposed to consider when making a custody determination. Among these factors is “the well-reasoned preference of the child, based on the child’s maturity and judgment.” None of these custody factors are controlling by themselves. Judges look at all these factors together and try to reach a decision that is in the best interests of the children. Learn more about how the court determines custody in Pennsylvania.

The Judge in a Custody Case Will Almost Always Take Into Consideration a Child’s Preferences Regarding Living Arrangements and the Physical Custody Schedule. 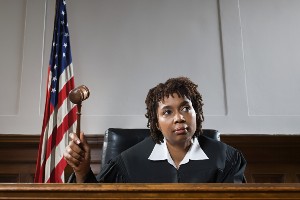 How much weight the judge places on the child’s preferences, however, will depend on the age and maturity of the child.

Pursuant to Pennsylvania law, a child is not an adult until they turn eighteen (18) and graduate high school. Therefore, a child has no control over the decision as to which parent he or she lives with. The court can, however, take a child’s preferences into consideration as one of the factors it is required to review in a custody case. There is no set age when a child’s preference becomes applicable to a custody case. Although, obviously, greater weight is placed on the preference of older children.

This is because the older a child gets, the more intelligent and informed their views and opinions become, and the easier it is for them to articulate their feelings. Pennsylvania courts have adopted this reasoning stating “the child’s preference must be based on good reasons, and the child’s maturity and intelligence must be considered.” Kirkendall v. Kirkendall, 844 A.2d 1261, 1264 (Pa. Super. 2004). Courts are more likely to consider a child’s preference when it is based on sound, mature reasoning, not an impulsive decision. The preference of a child that makes a decision out of anger or out of the belief that they will be rewarded for making that choice will not be afforded much if any, weight by the court.

While a child’s preferences will not be the sole determinative factor in a custody dispute, the court has noted that “the preference of the child can tip the scales in favor of one or the other,” especially when the parents’ households are equally suitable options for the child. Johns v. Cioci, 865 A.2d 931, 943 (Pa. Super. 2004)

If a Judge Thinks a Child is Old Enough to Have a Mature Opinion, the Court will Either Rely on a Custody Evaluation Discussing the Child’s Preferences or Interview the Child. 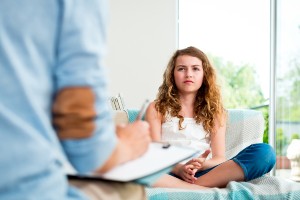 A judge will consider a custody evaluation done in your case by a psychologist or other professional that discusses your child’s preferences. This evaluation may be conducted through the Custody Conciliation and Evaluation Services (CCES) program or a private evaluator. These evaluations often consider how the child interacts with each parent, the child’s welfare, the child’s psychological needs, and overall best interests. The judge will almost certainly take this into consideration instead of interviewing the child directly.

If no such report exists, or if there is a dispute over the report, the judge will typically interview the child at the request of one of the parties. The interview is usually informal and often takes place in the judge’s chambers. While the court has the discretion to decide whether the parents may be present during the interview, Pennsylvania Rule of Civil Procedure 1915.11 states that the attorneys for each parent are permitted to attend and ask questions of the child during the interview. However, many judges often discourage the attendance of attorneys as it may prevent a child from being fully candid.

The interview process is less stressful for the child than being examined in open court and gives the child an opportunity to be heard without pressure from parents or other outside sources. A child that is interviewed by the judge will likely not have to testify in court.

Although Courts Try to Consider a Child’s Preferences in Custody Disputes Whenever Possible, It Is Not Feasible in All Situations. 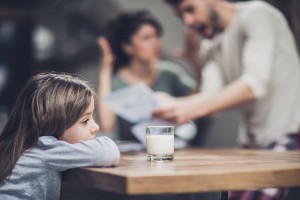 It’s not a good idea to question a young child about his or her preferences. Young children may not yet be competent to be interviewed by the judge or testify in court. They often have difficulty differentiating fact from fiction and are more susceptible to influences or pressure from outside sources. Young children will likely not understand the process and may feel obligated to just make an arbitrary choice of one parent over the other. This could result in a custody situation that is not truly in the best interests of the child.

You also should be careful about having a child talk to a judge or testify in court. Children are unpredictable and usually do not say what you expect them to say. A child’s statements previously made to you may be inconsistent with the statements made to the court. This is because children involved in a custody dispute often want to stay neutral. They will almost always tell the judge that they want the custody schedule to be equal, even if that is not what they actually want, because they don’t want to hurt their parents’ feelings. Additionally, being forced to speak with a judge or testify in court may take an emotional toll on your child and cause him or her to feel anxious or afraid. Judges also do not like it when parents ask their children to testify in court and will often hold it against the parent that does.

If you are experiencing a custody issue, get in contact with us. The experienced and knowledgeable attorneys at Cooley & Handy can help you navigate this delicate area of family law.